You can search through our price comparing database to find the cheapest of 1,356,644 camping, outdoor and travel products from all over the internet. You can book 16,697 hostels in Europe online and you can find information about 19,646 camping sites in Europe . Please note that we do not own or run any of the camping sites or hostels advertised.

This week's most popular products

Uzi 801 Digital Sports Watch [more info...][less...]
17.99
Buy Now
From Bob Wards
The 801 Digital Sports Watch has an easy to read digital display with a stainless steel back and keeps track of time with unrivaled precision. This timepiece has a backlight feature that`s brighter than other brands so you can read the time in any lighting conditions. This Digital Watch features a time and date display with an alarm and standard or military time settings. CATEYE Duplex Front/rear Helmet Battery Light: [more info...][less...]
16.99 - 24.99
Buy Now
Compare 3 deals
Cateye: Qc TestingTo Underline Their Quality And Reliability, Cateye Products Undergo The Most Stringent Qc Tests In The Industry, Many Of Which Exceed The Requirements Of Ce. Also Used In The Japanese Auto Industry, Cateyeâ€™s Testing Equates To A Return Rate Of Less Than 0.9% Across The Brand.Opticube Lens TechnologyCateye Maximise The Best Beam Pattern From Any Led, Utilising Superior Lens And Reflector Technology To Emit A Higher Quality Light And Beam Pattern In Front Of The Rider, Even With Lower Lumen Amounts.Long Press To Turn On & OffA Feature Appreciated By Consumers To Prevent Accidentally Switching On Lights And Loosing Battery Power. This Feature Also Ensures That A Light Is Not Accidentally Turned Off During A Ride.Integral Heat DissipationSuperior Heat Dissipation Maximises The Lumen Power Of The Light For Consistency Of Lumen Output.Never Cycles Through The Off ModeCateye Were The First To Introduce This Feature, To Avoid The Rider Being Accidentally Left In Complete Darkness While Changing Beam Modes.Front Light FeaturesDouble-Click To High (Headlights 400 Lm And Above) To Achieve Maximum Brightness Instantly Without Cycling Through Modes; Double-Click To Flashing (Headlights Up To 200 Lm) To Quickly Cycle Between Constant And Flashing Modes, Ideal For Commuting Use.Rear Light FeaturesTrue 180 Degree Visibility; Battery Auto-Save, Automatically Changing To Flashing Mode To Allow More Time To Finish The Ride As Opposed To Being Left In The Dark.Â DuplexA Super-Compact Front & Rear Helmet Light.Lightweight â€“ Only 49GLong Rubber Attachment Strap, Turns 360 Deg.Activated By Pressing Rear Light Lens Only2 X Aaa Batteries - Much Longer RuntimesMuch More Economical In The Long TermFront Flash / Rear Flash Or Front Constant / Rear Flash ModesMode: Output, RuntimeFront: 15 Lm / 30 LmConstant: 15 Lm, 100 HrsFlashing: 30 Lm, 100 HrsRear: 10 LmFlashing: 100 Hrs 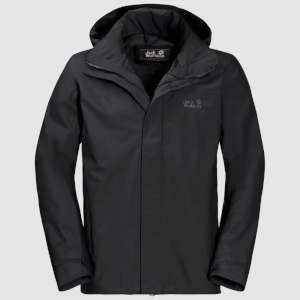 Jack Wolfskin Highland Jacket [more info...][less...]
50.00
Buy Now
From Outdoor Gear
The Jack Wolfskin Highland Jacket is a lightweight waterproof windproof and breathable jacket that offers excellent and reliable rain protection and comfort when you are enjoying a day out hiking This jacket has been made from Jack Wolfskin s windproof and waterproof TEXAPORE fabric so that when you pick up the pace and start sweating the fabric s breathability really makes a difference in keeping your dry and comfortable all day long The Highland Jacket has a light soft taffeta lining which absorbs moisture quickly and keeps you comfortable it also has a detachable hood and three pockets for your essentials making it a fantastic choice of lightweight hiking jacket

Join the newsletter to receive Interhike news like this and more special offers straight to your inbox.

Interhike has added the ability to discuss all of the features on the website with other visitors. You can ask questions about camping sites, leave comments about hostels, give advice about products, and travel advice about tourist locations.

Don't miss out on extra discounts this summer! Interhike has the latest discount codes to get up to 13% off displayed prices.

This is on top of our standard price comparison system which lets you find the cheapest place to buy your camping... more

We've now added Albania, Bulgaria, Lithuania and Serbia to our lists of European camping sites and hostels. We're still working on getting them onto the maps properly, but you can browse through them all already.

Free guaranteed next day delivery for Christmas at Extreme Pie

Now here's a brilliant idea from the great people at Extreme Pie. We've all got a few presents that we've left till the last minute and with "last posting days" pretty much upon us, Extreme Pie have announced that all orders ... more

With calendars of the Eastern European cities so hard to come by in the UK, Interhike have started creating our own. This time, we are announcing our exclusive Prague calendar. No longer do you have to travel all the way to Prague to get the lates... more

Warm thoughts of young romance -- not the cold, harsh possibilities of a Midwestern road trip in winter -- were on Dawn O'Hair's mind as she left Chicago for Indianapolis to see her boyfriend.

News: Viking Osiris floats out ahead of Egypt debut
Viking has seen its newest ship for the Nile River - the 82-guest Viking Osiris - floated out, marking a major construction milestone and the first time the ship has touched water....more

When it comes to breakfast foods around the world, there are as many ways to enjoy the first meal of the day as there are to say "good morning."

News: Wizz Air further develops position at Gatwick
Wizz Air will launch four new routes to London Gatwick from Burgas, Varna, Venice and Palermo this spring. At the same time, the carrier has increased frequencies on routes to Larnaca, Milan and Vienna....more

News: Morocco to reopen borders next week
The decision follows “the evolution of the epidemiological situation in the kingdom,” a statement said, adding that entry requirements for visitors would be announced at a later date....more